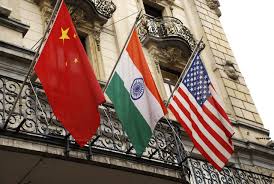 In the Himalayan city of Leh the capital of India’s newly union territory Ladakh. Which is at 11,500 feet (3,505 metres) above sea level. People is worry at the prospect of war. The months-long border stand off between India and China. Which is couple with corona-virus restrictions. That affect the busy tourist season. Therefore as a result wiping out the much income in the region.

Thousands of troops from the Asian giants locked in an eyeball-to-eyeball confrontation. However, particularly in Ladakh region since minor skirmishes reported in late April.

The two countries have resorted to an enormous troops build-up along their de facto border, known as Line of Actual Control (LAC), since June 15 when 20 Indian soldiers were killed in Ladakh’s Galwan Valley in hand-to-hand fighting involving clubs and rocks.

Moreover, China is also report to suffer an unspecified number of casualties, but it did not make it public.

The deadly June clashes the worst since the 1962 war also caused a backlash in India, forcing the government to ban dozens of Chinese apps, including wildly popular TikTok, and put a curb on investment from China.

For latest news and Job updates you can Join us on Whats app :- Click Here

Expressing concern over the situation prevailing along the India-China border. A top US lawmaker on Friday said that Beijing

should work with its neighbours. The main aim is to peacefully resolve disputes and respect international law.

“I’m concerned by increasing hostilities along the India-China border and urge both countries to use its longstanding diplomatic mechanisms to de-escalate the situation,” Indian-American Congressman Ami Bera said.

Increasing military presence on either side of the Line of Actual Control. Which is counterproductive and unhelpful, he said in a tweet.

“I continue to be concerned about China’s provocative moves on its periphery — from its actions in the South China Sea to the Line of Actual Control,” he added.

“China should work with its neighbours to peacefully resolve these disputes and respect international law,” Bera said.

The Indian Army and the Chinese People’s Liberation Army(PLA) locked in a tense standoff in multiple areas along the LAC in eastern Ladakh since early May. Shots were fired across the LAC on Monday for the first time in 45 years with the two sides accusing each other of firing in the air.

For latest news and Job updates you can Join us on Telegram also :- Click Here