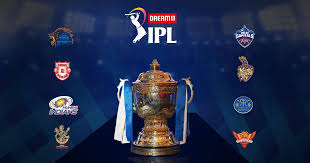 The 2020 Indian Premier League, also known as IPL 13. Which is schedule as the thirteenth season of the IPL. A professional T20 league established by the BCCI in 2007.

For latest news and Job updates you can Join us on Whatsapp :- Click Here

The IPL Governing Council has announced Dream11 as the new Title Sponsor of the IPL 2020. Dream11 (Sporta Technologies Pvt. Ltd) is an Indian company based in Mumbai, Maharashtra.

Dream11’s association with sports has grown over the years. Also it is presently partnering a total of 19 sports leagues along with 6 Indian Premier League Franchises.

Mr Harsh Jain, CEO & Co-Founder, Dream Sports (Dream11) said: “The launch of IPL in 2008 gave birth to the idea of Dream11. As sports fans, we wanted to offer fantasy cricket to IPL fans to help them further engage with the sport they love also to showcase their sports knowledge & skill.

The IPL Governing Council on Sunday announce the schedule for Dream11 Indian Premier League 2020 in UAE. The season will kickstart on 19th September in Abu Dhabi with a blockbuster clash between defending champions Mumbai Indians and Chennai Super Kings.

For latest news and Job updates you can Join us on Telegram also :- Click Here

After the tournament opener on Saturday, Dubai will host its first game on Sunday when Delhi Capitals take on Kings XI Punjab followed by the third match on Monday between Sunrisers Hyderabad and Royal Challengers Bangalore.The IPL action will shift to Sharjah on Tuesday, 22nd September where Rajasthan Royals will host Chennai Super Kings.There will be 10 double headers with the first match starting at 3:30PM IST and 2:00PM UAE time. All evening matches will start at 7:30PM IST and 6:00PM UAE time. In all, 24 matches will be in Dubai, 20 in Abu Dhabi and 12 in Sharjah.

Venues for the playoffs and the Dream11 IPL 2020 final will be announce later.

The complete fixtures for the league stage of the Dream11 IPL 2020 can be access by clicking HERE.