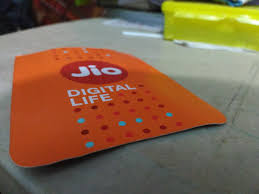 Currently, India does not have 5G Network services and the government has not still allocated spectrum to telecom operators for running field trials aimed at promoting domestic ecosystem for 5G. No one knows by what time 5G network will be available in India. However, Reliance chairman Mukesh Ambani at Reliance 43rd Annual General Meetings (AGM) in July , coincidently announced that Reliance had developed a ‘Made in India’ 5G network solution and that it would be ready to export the technology after a successful trial in India.

Mukesh ambani also said that it took the industry 25 years to build a 2G network in the country and it took Reliance Jio just three years to build the 4G network . Until the Jio network came, India was stuck with 2G networks. And that too with poor network and connectivity.

Reliance Jio Infocomm launched its 4G-only services in September 2016. Its entry with free voice and dirt-cheap data packs upended the sector and forced incumbents to aggressively expand 4G services as well as reduce tariffs. Before Jio over half a billion Indians were left out of the digital movement because they couldn’t afford smartphones and had to make do with 2G feature phones. RIL chairman said Jio has pushed the country to the top today from 155th position in data consumption. The country consumes over 6 exabytes of data every month, which is a more than 30 times increase over the pre-Jio launch period.

According to the PTI report  Reliance, through its telecom venture Jio, is planning to roll out 5G enabled smartphones at an initial price of around Rs.5000 . and later on it will be subsequently lowered to around Rs.2,500 as the production increases. Jio recently said that it has built its end-to-end 5G network stack which it intends to offer to global telcos after deploying in India across all circles. It is currently looking for partners to fully develop the 5G portfolio and will soon start discussions with various local players in the domain of system integration and local manufacturing of its 5G gear.

The cheapest 5G-enabled smartphones currently available in India are priced at around INR 27,000. According to the reports, the manufacturing for these smartphones will be outsourced to Indian vendors. And while the new phones would be bundled with Jio’s 4G data packs, it is likely that the phones would be compatible with 5G technology, thus ensuring users’ seamless transition from Jio’s 4G to 5G telecom network when the superior spectrum becomes available in India.

A few days after the Reliance AGM in July, the company reached out to the Department of Telecommunications (DoT) for the 5G spectrum, despite there being no official announcement for a 5G spectrum auction by the Telecom Regulatory Authority Of India (TRAI).

For latest news and Job updates you can Join us on Whatsapp :- click here

Also for latest news and Job updates you can Join us on Telegram also :- Click Here